While it seems as though I am slacking, truly, I’m not.

Besides having the first 18 chapters ‘largely’ (I use that word loosely) self-edited, and 14 chapters critiqued (all awaiting more from Beta readers, grammaraholics, copyeditors… etc., because it never ends), the title of AIR has changed.

Still the same medical military thriller but because there are aspects of military AND romance, the new name is “Rules of Engagement.”

Scott Walker and Cheyenne Keyes are from different worlds. He’s a military man, she’s a scientist. He’s a man of God, she’s a woman of science. He’s from money, she’s from Tornado Alley, Anywhere, Oklahoma. They don’t exactly see eye-to-eye.

The problem? Based on a true story (fictionalized), an airborne weapon 100 nanometers in size has been unleashed upon the world.

As scientists, military, and world leaders fall prey, two people have to up their game and run ahead of the impending disaster. There is no undoing the damage or going back. There are no do-overs when death has snatched a swath of humanity. There is only now. There is only hope.

There is only faith.

With swift work, and the sacrifices many others make, then there is hope for more.

Military intrigue. Not my usual genre. Yes… yes. There is some romance. But more of a dude’s novel.

I ‘usually’ write romantic/suspense, however, several years back I started this military thriller/intrigue. By the time I finished ‘How to Steal a Romance,’ it was time to do a rewrite. This is a fictionalized novel loosely based on happenings in 2014.

I’ll leave you to guess what it’s about.

Got a lot done in the past few days on the new novel. I find it truly amazing how much can be accomplished when not on social media… who would have thought.

Anyway, the next steps include: Finishing the last third of the rewrite. Putting this through the paces of my Grammarly and electronic reader. Send it to beta readers (whom I will need, btw, in the event you want a free copy). Then off to my Grammar Nazi who will also rip it to shreds. Then… a copyeditor and off to publishing houses out there and/or agents.

My timeline ‘was’ six months to finish the rewrite. Well, I am almost done. So, the next goal, I continue now at three months to beta readers, six months or thereabouts to copyeditor, minus the copyedit, send off, acceptance by agent/publisher, and their edit requests.

Total time: One and a half years. Max.

You are invited to pray. And that I get it right. 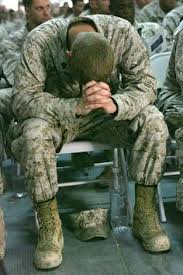 Since I have been procrastinating I haven’t posted.

Because… I have been procrastinating.

Got back into it last night until 2 a.m. My grammar-a-holic I can credit for crackin’ the whip and makin’ me git back to it.

Fearing ProWritingAid’s (PWA) incredibly slow process again, I tried the free Grammarly only to find that punctuation / proofing was not included. Oh, please.

So I plugged the whole MS back into PWA and typed away.

Funny thing happened on the way to (Damascus) this process. I submitted my cover letter/proposal/synopsis/50 pages without the PWA edit — to the agent.

MERCY. Should I tell her? I am hoping she is blind to my gaffs.  Otherwise…

My apathy and angst over reading and writing lasted far too long.

Got the 1st 50 pages proofed (because I can only take fixing stuff a small dose at a time). Then about a week or so later fixed them thar errors.

The awesome thing right here is that an agent listened to my pitch on P2P (Pitch-top-Published) and said, send it!

Sweet! But that was, of course, months ago when I was still having that eReader read through my manuscript. Not quite done with that process I might add.

Sent my grammar-a-holic friend the next 50 pages and the 1-page synopsis and 1-page cover letter.

As I quake in fear.

Once fixed, I will send that into the ether and finish that read-through if’n I can’t finish it in the next few days.

Then, onto fixing one of my 3 other novels, listening to the fire.

No… I am not from the South. But, still.

I have WAY too many topics to write about on one site, so I am dedicating this one to writing…

celebrations (for you and me)…

Later, I will post something meaningful. Let me think about it.

Also, will be posting this on my other social media…

Perhaps why writers get frustrated at themselves, their agents, publishers etc. :

Let me see if I can put it in words that even the inebriated (writer?) might understand.
– Tom Robbins

Had a hankerin’ for posting a new WordPress site. WHY? Oh, heck. I don’t know. I was frustrated (wait… am frustrated) with my website, and wanted to blog.

You know, like destroy everything techy in sight. I want to throttle something. Or the infernal internet, but I’d have to talk to the man who invented it and reach the end of the .com .net .org .everything else internet-y.

Here I will not focus on forensics but on writing and interviews. (this is also a picture of an agent’s desk. And you wonder why it takes more than a month to hear back…)

BECAUSE I AM EDITING.